While you are waiting for our next gig, you may want to check out these classic videos.  Remember that the sound quality is not up to the standard of our CDs and nothing can measure up to the magic of a "live" performance.  If you like these clips, come on out and see us play - it's even better!

Next, Cal Dodd sings from the Sinatra songbook with the band.  This is a great preview of our "Reprise:" Sinatra tribute show:

Here's a tribute to Count Basie, recorded for us by Xpand studio.  It features Jim introducing the band members at the beginning - Kevin Thomson & Carol Olson are the soloists:

Our recent sold out concert "Timeless Songs" at the Mississauga Living Arts Centre featured the consummate vocal stylings of Glenn Chipkar.  Here's a sampler that also presents Larisa Renée and The Masies:

Here is Glenn with that subtly swingin' Sinatra signature tune "The Summer Wind":

Let's give Glenn an encore: it's his version of "A Foggy Day". Once again, it's LIVE from the Living Arts Centre, Mississauga, with the band providing some intense swing:

This is Swing Shift, again at the Rex, featuring exciting alto soloist Kira Payne, on "Caravan":

At the Rex - "'S Wonderful" featuring Bob Brough and Bruce Cassidy, with vocal by Larisa Renée:

At the Rex - Larisa sings & Jim Shea swings the muted trumpet solo on "Why Don't You Do Right?":

...and this hot Breakfast TV clip with Swing Rosie! 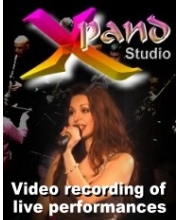 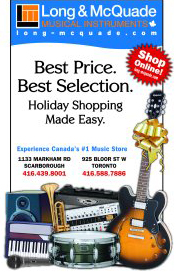